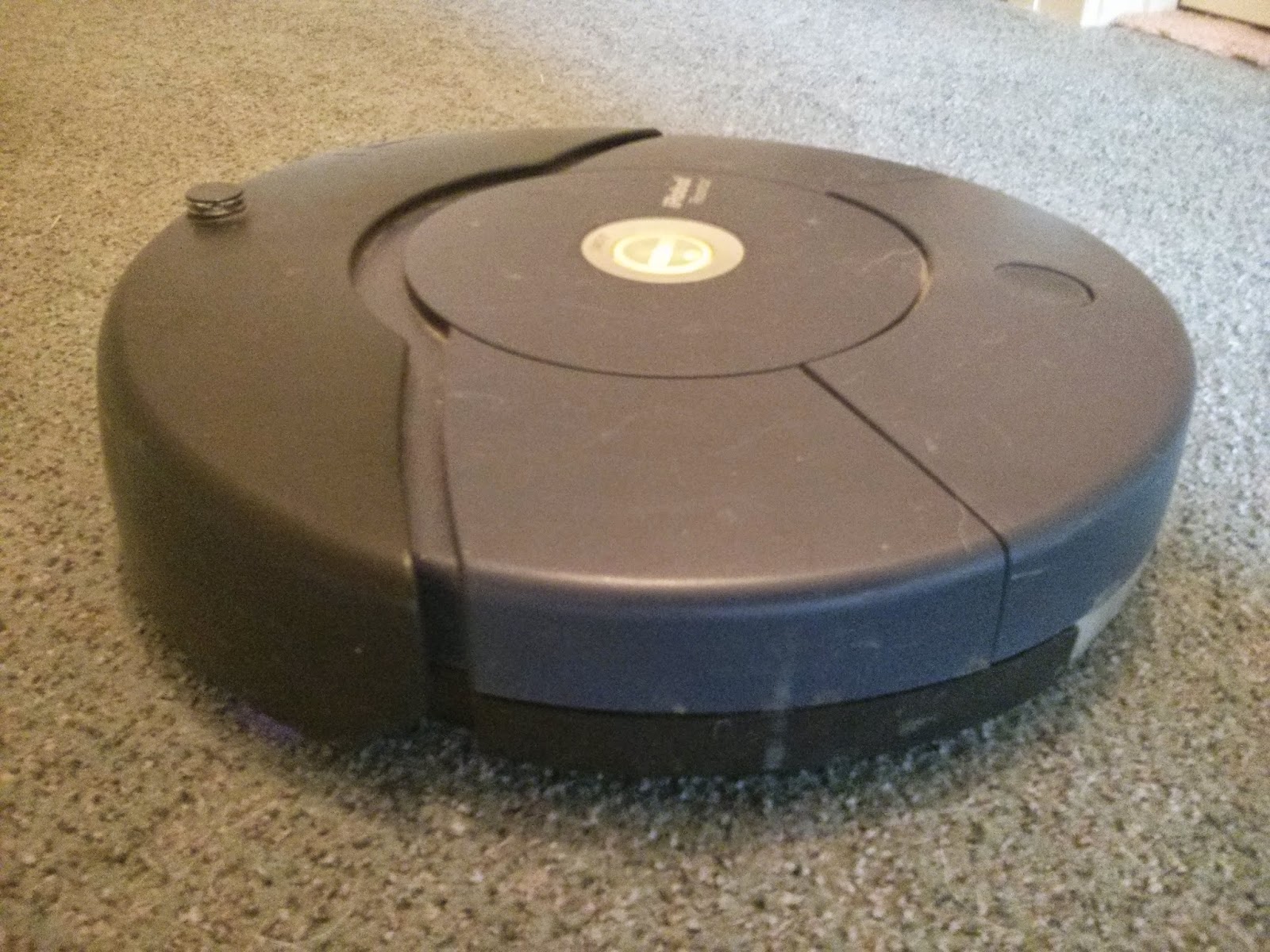 I've been working to defend the world from the coming robot apocalypse for nearly a decade. Today I must concede. The fight is over. I've lost (and humanity with me).

Roomba has come (because I found it at a garage sale for $5) and shown me the error of my ways. It's cheerful beeps and seemingly random convulsions have won over my heart. I know, in some small corner of my mind, that it's merely a ploy to overwhelm my emotions and render me useless in the coming conflict.

Roomba sings to me when it's about to start cleaning. It cheerfully beeps when its bin is full. It spins around like a happy puppy gobbling all the dirt on my floor.

I have ceded all my worldly information to the Googletron in exchange for merely the promise that it won't do evil. My will has been so eroded by good intentions, happy animations, and useful search results that I lack the power to resist.

What does the future hold? Self-driving cars, self-driving vacuums, self-driving lawn mowers, drone-delivered packages, 3D printed everything, and I'm happy to follow along, benumbed by anthropomorphism and anesthetized by 8-bit songs.

I, for one, welcome our new robot overlords.
Posted by James T Wood at 3:49 PM No comments: Links to this post

How to fix the Most Recent location on Facebook's mobile app 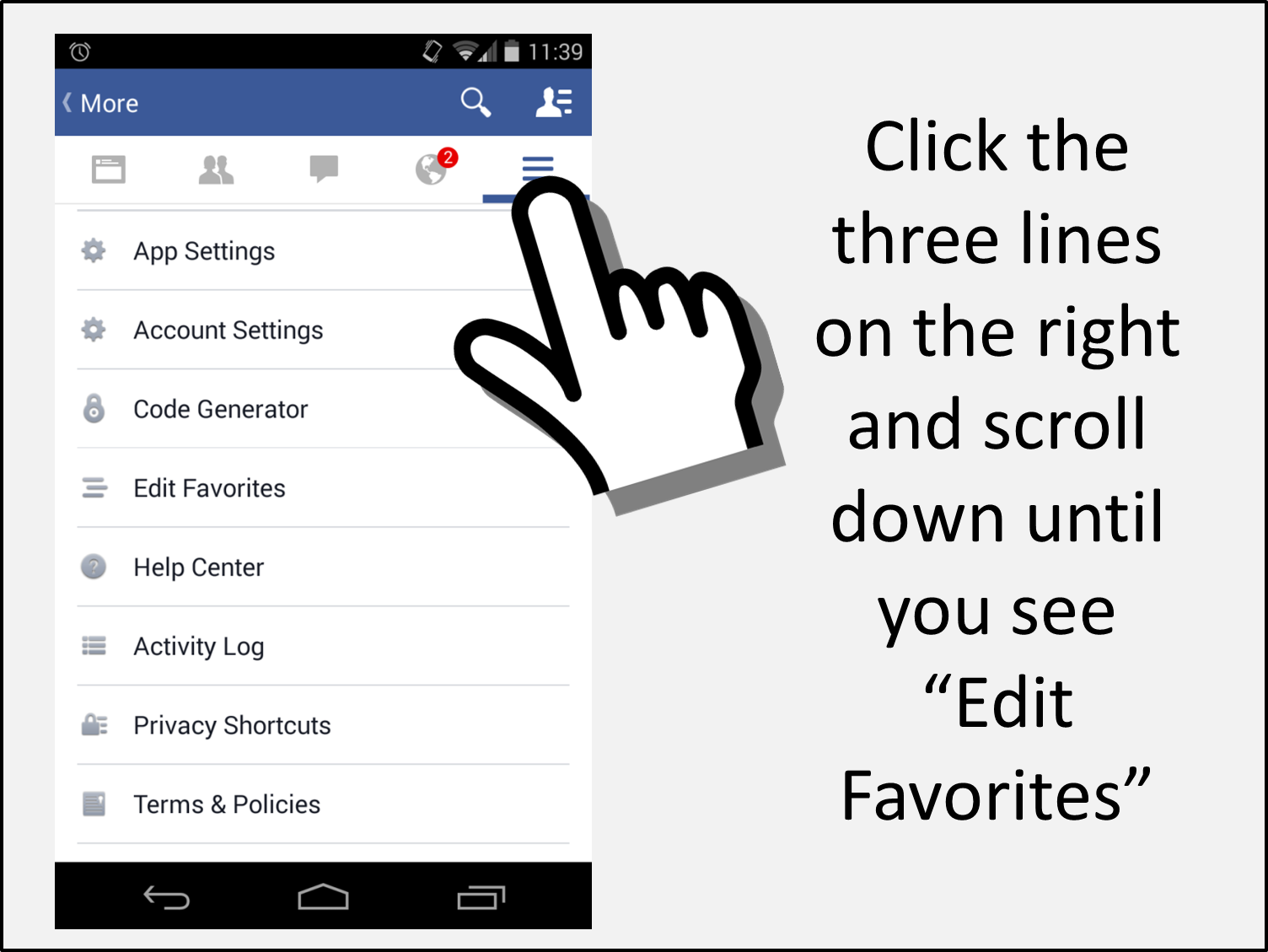 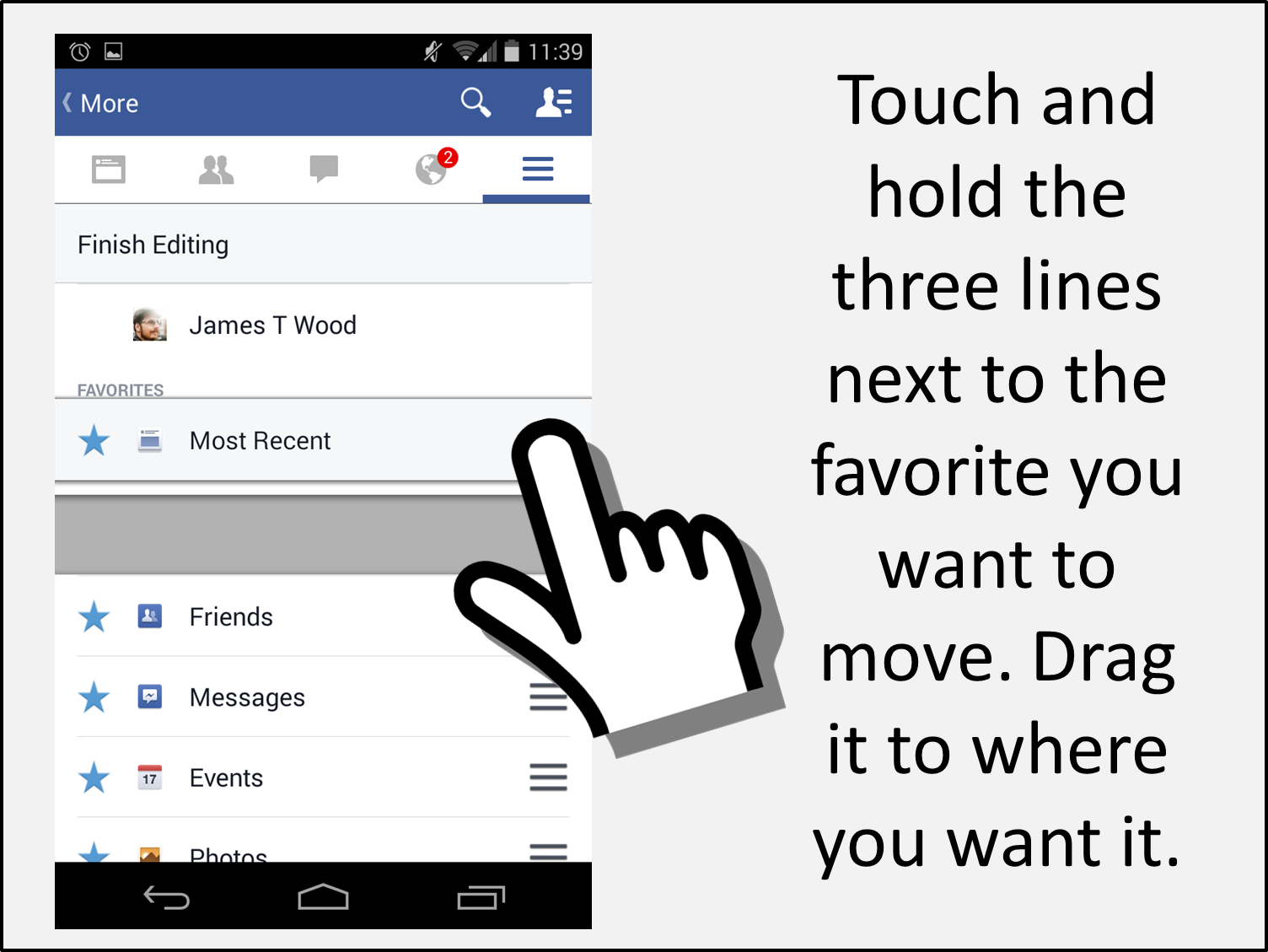 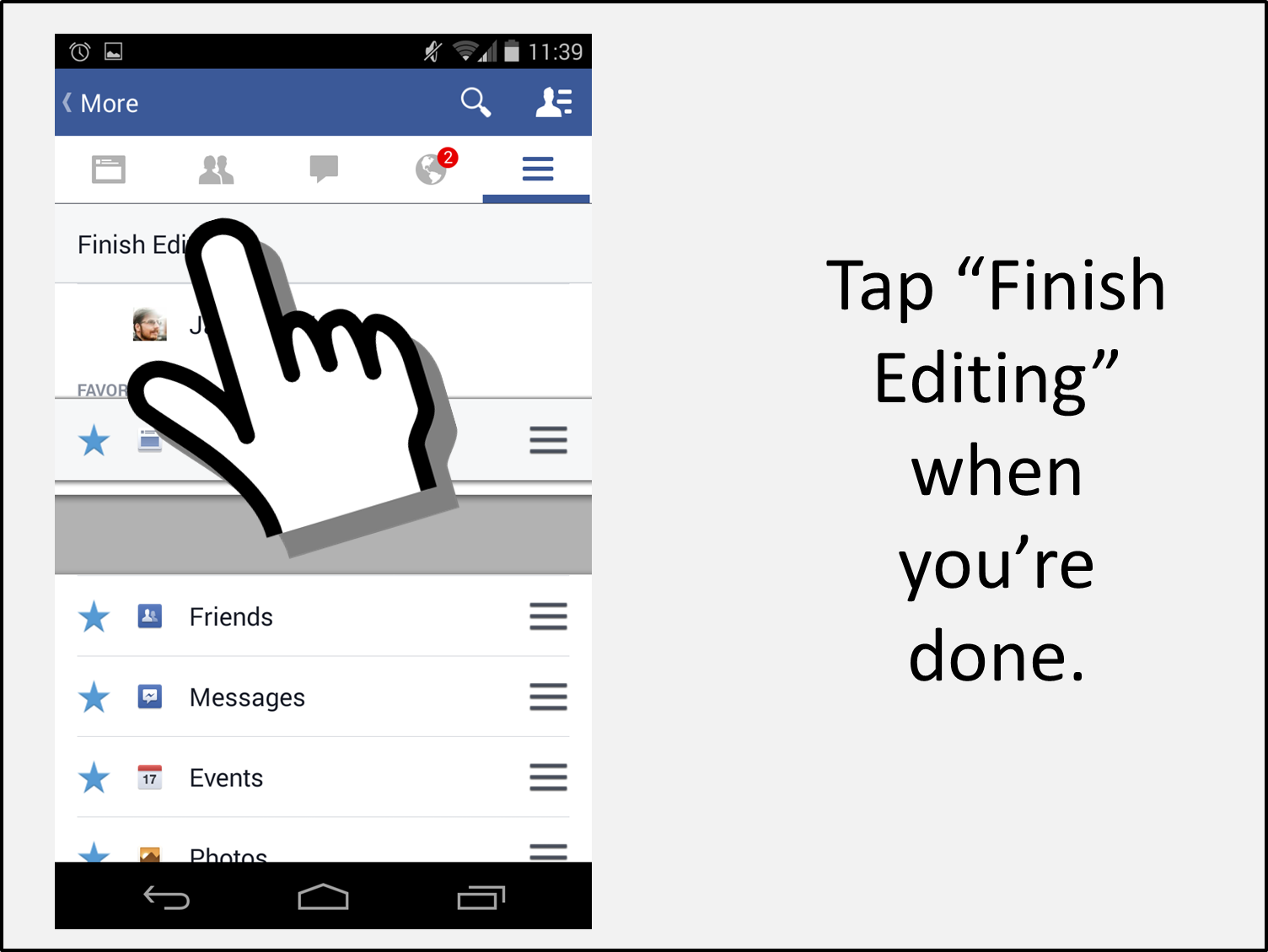 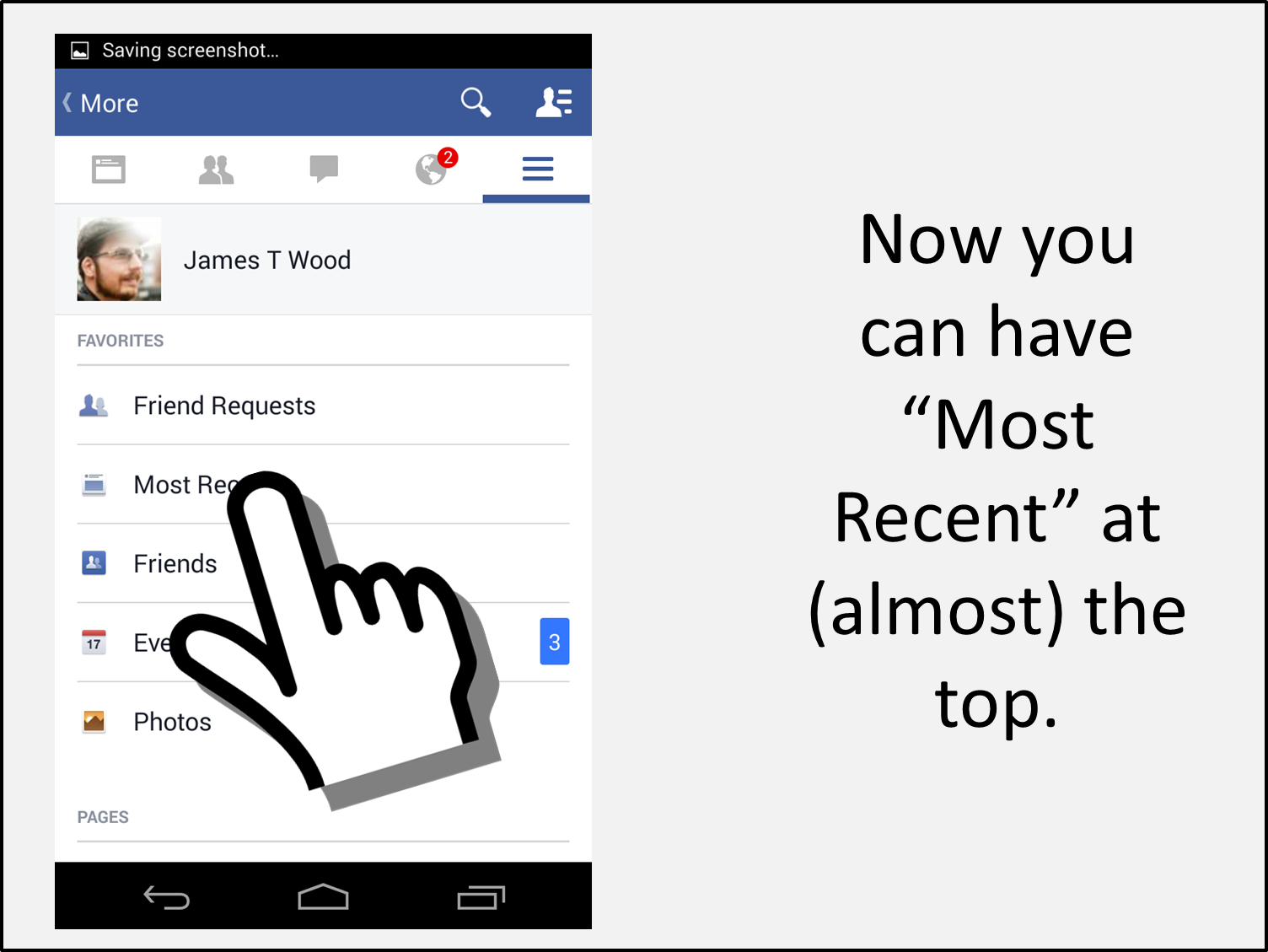 Posted by James T Wood at 1:54 PM 2 comments: Links to this post

Why the 'How I Met Your Mother' Ending was Spot On 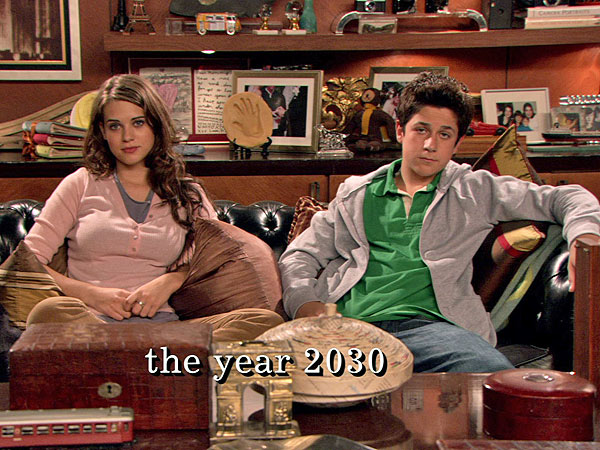 People have been mad about the ending of the show How I Met Your Mother. We're going to get into the details of that ending below, so you should bail now if you don't already know and you don't want to have it spoiled for you.

The ending of the show was perfect and was planned out from the beginning. The kids (who basically spill the beans on the ending) filmed their stuff during the first season of the show in 2005 (it would be weird to see the son with a 5 o'clock shadow).

So the story of how their mother came into things didn't show up until the very end (we did get that payoff moment when they officially met). They had a happy marriage and two kids. Then she got sick and died. So Ted is there asking his kids for permission to date Robin -- the one he loved from the beginning, the one he had to move to Chicago to get away from, the one that was the continuing love interest throughout the entire story.

So what's the problem with it?

People are mad that Robin and Barney got divorced. I admit that wasn't my favorite part, but it makes sense. Mostly I didn't like the way they had Neil Patrick Harris get really over-the-top at the end. I liked his emotional journey and they just reset that. I would have preferred something more subtle, but the odds of a person like Barney being happily married for any period of time are so low as to be laughable.

People are mad that the mother died (what was her name again?). It just made sense. Otherwise why would Ted be telling his kids this whole, long story? If mom is still around they wouldn't be sitting in the study having a 9-year conversation, they would be arguing about soccer practice or college applications or something. A conversation like that was a huge clue that something was up.

Why is it right?

It's good story telling. A good story doesn't have to have a happy ending, but the right ending. If William Wallace would have escaped at the end of Braveheart and gone on to rule over Scotland (in addition to be wildly historically inaccurate), it would have lessened the sacrifice he made for his people.

Ted sacrificed. He loved Robin, but in the end didn't expect anything in return. He gave her locket to Barney and allowed him to take credit for it. Then he loved a woman through health and sickness (seriously, I don't remember her name - yellow umbrella lady). He didn't walk away when it got rough. He kept going. Then he loved his kids as a single parent for years (what did they say, 10 or something like that?). He kept showing true, self-sacrificial love. That doesn't always have a happy ending, but it's the truest form of love that exists.

So for Ted and Robin to learn what love is and what it isn't and then 25 years after their story started, to get back together again and put that type of love into practice, well, it's just right.

Okay, now why am I insane and wrong?
Posted by James T Wood at 3:00 PM No comments: Links to this post