Two things I can't do well

6 weird things about me:

Uh . . . tag yourself if you want to do this. If not, then have fun on your own doing all your non-weird stuff. Just comment to let me know if you self-tagged and I will come see all your weirdness.

Thanks to some inspiration from a friend I made this panograph:

That's one of the lakes at Bonne Terre where Andrea and I went for Valentines day. We had a fancy dinner and stayed in a luxurious room and it was pretty much awesome.

Us all fancified for dinner: 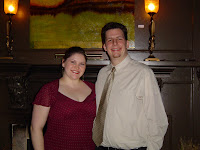 Ok, this is a cover of the Outkast song, "Hey Ya!". You have to hear it to believe it. It's a soulful, acoustic version by a guy who lists his musical influences as: Dave Matthews, Jars of Clay, and Pedro the Lion (just to name a few). Check it.

Posted by James T Wood at 9:19 AM 3 comments: Links to this post

Email ThisBlogThis!Share to TwitterShare to FacebookShare to Pinterest
Labels: cover, hey ya, outkast

This is either the evolutionary predecessor to the killer robots or the bastard child of killer robots. You make the call. 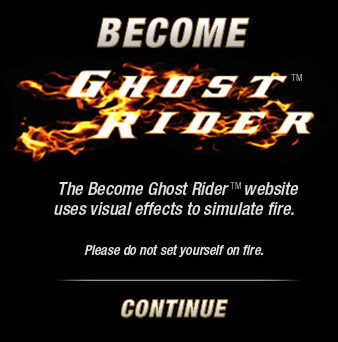 Posted by James T Wood at 7:52 AM 2 comments: Links to this post

Just to give you the background: this guy started talking about how the media has a liberal bias and this guy took umbrage. That whole debate got me to thinking about the issue and of course that means you get to enjoy my rant.

The media does not have a liberal bias. That's giving them too much credit for being politically and socially aware. It has very little to do with the actual beliefs of the media and just about everything to do with what will get people to watch/listen/read. This guy makes the same point about the local news.

Do any of you remember that painfully slow summer where there was just about nothing on the news . . . until the Sharks Attacked! Time Magazine labeled it the "Summer of the Shark" too bad there were fewer shark attacks in the summer of 2001 than in previous years. I bet the media sources were happy that the news picked up at the end of that summer.

Sure, pretty much every media channel (The 700 club doesn't count as real media) likes to make fun of Bush. But here's the thing: making fun of people is good TV. And it's even better TV when you make fun of someone who gets their panties in a wad because of it. Have you ever listened to or watched one of the conservative programs? Rush Limbaugh pretty much has an aneurysm on cue. Now if your job was to be on TV and you knew that you could make all the little Rushites out there fill their pantaloons if you just said a mean thing about W, what would you do? I know, you are all very nice people that respect the truth and want to see justice done in the world. Too bad you don't work in the media.

Is the media liberal? Naw. Are they conservative then? Nope. The media are ratings whores. And what do whores do? Yup, you guessed it: whatever gets them paid.
Posted by James T Wood at 9:47 AM 13 comments: Links to this post

So February is perhaps the most random month.

It's the only month that is consistently mispronounced.

It's a month without any real holidays (c'mon Valentines day is so freaking made up - we celebrate love on the anniversary of a massacre? sure thing . . . Halmark, I'm on to you). I think that they moved the Superbowl to February just to give the month a boost.

I love the whole black-history angle, but it seems kind of cheap that they have one (real) ethnic history month and they use the shortest one.

And have you noticed that the movies in February are just about the worst all year? It's the longest possible time to the Oscars and several months until the summer blockbusters so we get the fine cinematic masterpieces like: Norbit, Hanibal XII (Teething Ring of Gore), Ghost Rider, The Astronaut Farmer, and Jim Carrey's latest comedy: The Number 23 (I think it's about how they make Dr. Pepper).

I vote that we sleep through February. We could celebrate Mexican history and take all of our siestas from the entire year in one month.
Posted by James T Wood at 7:39 PM 9 comments: Links to this post