I miss you all 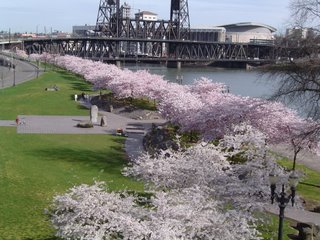 Papers are kicking my butt right now. Give me a couple of weeks and I'll be through the gauntlet. Here is a picture of waterfront park in Portland last month.
Posted by James T Wood at 10:13 AM 9 comments: Links to this post

"All Dogs go to Heaven" OR "The Redemption of Creation"

Ok, so this may not be a huge-big deal for you, but it is for me, so deal (or I guess you could just not read it that would be ok too).

So, now that you’re still with me (like a good blog-friend or blriend if you will [frog just won’t work]). I’m sitting in theology class and we’re chatting away (translation: being lectured) about eschatology (a schmancy way of saying: study of the end things). So we get to talk about fun things like the state of the soul after death, but we’ve also discussed the holistic nature of redemption. God created all things and they were good. God created people as whole beings and they were good. Sin entered into the world and messed it all up.

In Genesis 3 we get the ‘curse’ which has been variously interpreted. A couple of things stand out to me. The curse is not on people, but on animals and the earth (reflected in Romans 8 where Paul says: “creation was subjected to frustration . . . the whole creation has been groaning”). People have to deal with their own curse on themselves—by trying to live by our own views and it just doesn’t work. Our ways lead to death and pain and suffering for us and for the people around us.

So God sends Jesus to set things straight (read the book if you need more details right now) and eventually that redemption will be complete. But here’s the thing, redemption isn’t just for our souls. Heaven won’t be a bunch of spirits floating around. God will redeem our bodies and raise us to have new bodies (1 Corinthians 15) and then at the end he will create a new heaven and a new earth (Revelation 21).

So what just hit me is that not only will I be full redeemed, but so will our screwed up environment and our animals and our plants and everything. God created with world and it was good – the stars and the moon and the sun and the oceans and the land and the birds and fish and animals and plants – it was all good. I guess it just doesn’t make any sense to believe that God created the world just to give us a place to stand while we were being redeemed. His vision is bigger than that (bigger than we will ever know).

I’m really going to need to do some work to make this real.

Romans 8:20-23 (NIV) “For the creation was subjected to frustration, not by its own choice, but by the will of the one who subjected it, in hope that the creation itself will be liberated from its bondage to decay and brought into the glorious freedom of the children of God.
We know that the whole creation has been groaning as in the pains of childbirth right up to the present time. Not only so, but we ourselves, who have the firstfruits of the Spirit, groan inwardly as we wait eagerly for our adoption as sons, the redemption of our bodies.”
Posted by James T Wood at 10:39 AM 9 comments: Links to this post

This seems to be a really small thing to me (about three letters long), but I don't want to say "Christ" any longer, but rather "the Christ." I think this important for understanding what the word "Christ" means (annointed one - as a tranlation of the Hebrew: Messiah). In the Greek, the definite article ('the' in English) pretty much always accompanies the word Christ and/or Jesus Christ. It's not usually expedient for us to translate all the articles that occur in Greek (we don't say "The Jesus the Christ the son of the God." because it's cumbersome in English). But in so doing we have made "Christ" Jesus last name. If Jesus did have a last name it was likely "ben-Joseph" or something like that (son of Joseph). But the fact that Jesus is the Christ is far more important than just a last name. He is the annointed one of God. He is the Son of God. He is the Word made flesh. Jesus is the Christ.
Posted by James T Wood at 10:24 AM 9 comments: Links to this post 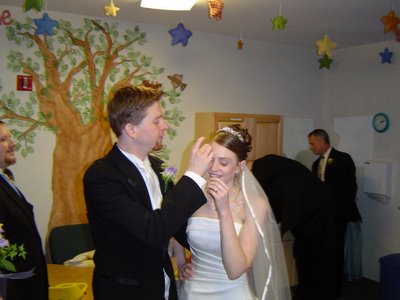 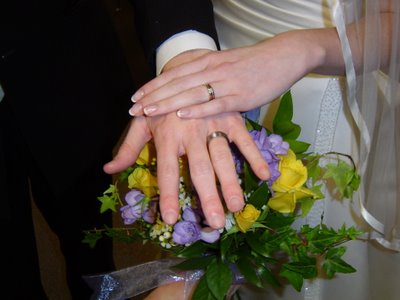 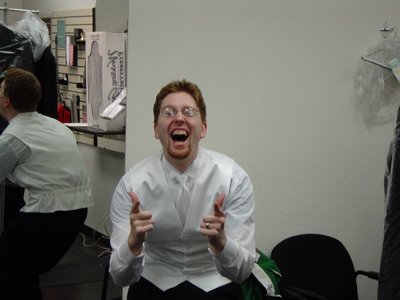 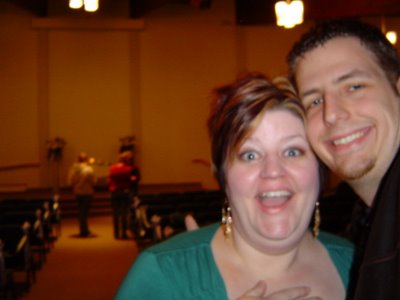 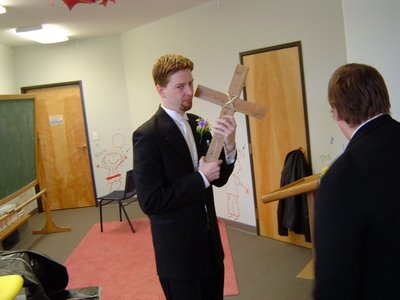 Posted by James T Wood at 9:17 AM 2 comments: Links to this post 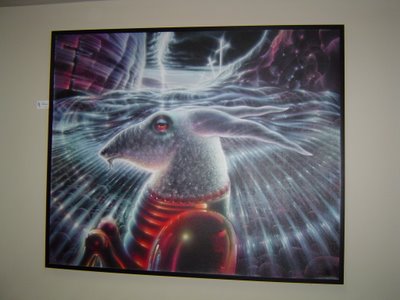 I'm still not sure what this is, but it's "art" in a coffee shop in Salem. 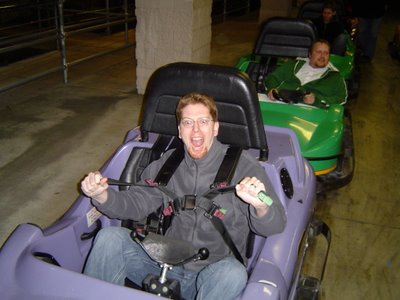 This is a picture of a dirty, cheating, go-cart racer - If I only had a red turtle shell . . . 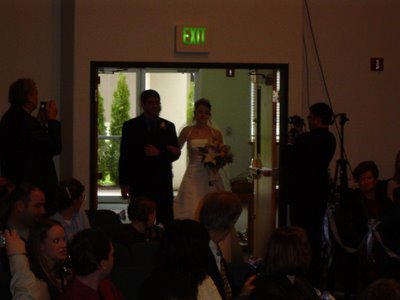 This is the bride walking in with her father - sorry it's dark - I was trying to be sneaky while taking a picture from the stage durring the wedding (shhhhh don't tell). 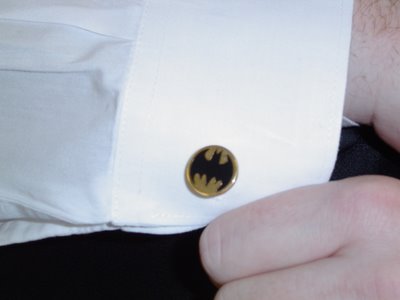 Cuff links are hard to see - here's a close up. 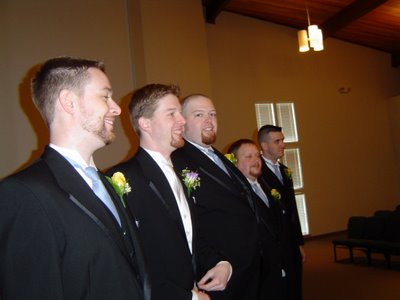 Some people doing some stuff that one time - man, those were good memories.
Posted by James T Wood at 9:09 AM 8 comments: Links to this post

I want you all to get a jump on shopping for my birthday present (only 77 days left - Paula for the way you count that's 34).

Just short of a coffee-IV. Grad school is hard for me and sometimes the coffee gives me indigestion if I don't eat something first. Having caffine delivered by an inhaler would be great. Also, caffine helps me to control my migraine headaches so this would be a double bonus. Give me a buzz.

RFID blocking T-shirt:
I'm a-skeert of the mind-control, privacy-invading powers of Walmart and the government. RFID (Radio Frequency Identification) tags will be the mark of the beast (which is an evil robot by the way). For only $17 you can help me be protected from all manner of evil. Hook-a-brutha-up

Why should Mario have all the fun? I want to have some extra lives too! Think about how much easier life would be with more of them; I could do all the fun stuff that I'm affraid of now (like skydiving, bungee jumping, eating at McDonalds) and not have to worry about the responsibility crap (exercize, study, spiritual disciplines). Hit my [?] brick!
Posted by James T Wood at 2:46 PM 6 comments: Links to this post